The High Cost of Knowledge

A lot of readers will simply pass over this article, dismissing it as just another commentary on the high cost of acquiring knowledge—therein lies the problem. In a business culture where knowledge is both (rightly) prized and valuable, companies and entrepreneurs will often assume they already have the knowledge. The danger in this reality is that, whether spoken or not, it breeds the “we’ve always done it this way” mentality.

Insanity is doing the same thing over and over again and expecting different results.

I once spent a year consulting with a client that had achieved a reasonable degree of success in their market niche. They were generally recognized for being a player in the space, had a strong repository of technical know-how and orders were usually consistent. However, the challenges of the plateau they had reached seemed insurmountable. Periodically, personnel problems would virtually shut down one of their locations or costly manufacturing defects would become obvious after a production run had been in the market for 3-6 months.

Regardless of the root issue, the boss would travel to the location, throw a profanity-laced tantrum, fire (mostly) innocent bystanders and set things “back the way they were supposed to be.” What the business failed to realize was that the accumulated “knowledge” was the cause of the company’s problems. The assumption that the way things had always been done was the right way was proving to be the catalyst for crippling issues.

In an economy influenced by the speed of a cloud services sales pitch, one of the greatest risks is the assumption that acquired knowledge is always the best way to do things. To be successful influencers, business leaders and entrepreneurs need to foster an environment that blends respect for conventional wisdom with an intellectual curiosity focused on organizational improvement. Today, success is driven by investing in education and innovation. Businesses that only hold to past processes –or– only focus on finding a better way to do things, can look forward to (at best) standing still in a climate that punishes the weak but rewards the willing. Business, like life, requires a balance of all good things to foster accomplishment. 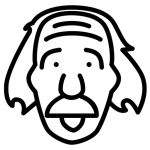 Oh, and that quote I included after the first paragraph? Most people (and a lot of inspiration posters) will attribute that to Albert Einstein—but they’re wrong. You can find a lot of similar quotes attributable to a variety of historical figures but those exact words came from Rita Mae Brown, a mystery writer. What Einstein did say was, “We cannot solve our problems with the same thinking we used when we created them.”

3 Basic Rules When Designing for Events

Everything is Marketing So Don’t Run the Red Light