Somewhere near the middle of 2019, the American Topical Association asked me to create a cover for their upcoming book Topical Adventures. Little did I know that the project would become an adventure of its own.

The cover design (shown above) proceeded with good collaboration. I already knew both editors and many of the contributors, so the discovery process was easier than projects where you are learning the people, the organization, its audience and the overall goals. Those crucial guideposts were already understood.

As we worked through the photography, the typography and the messaging for the book’s covers, I was also given the chance to help with the page design. The editors had the content and the contributors well-organized but sought a little bit of advice on the interior layout. Jack and I worked together to refine column widths, margins and folio layout — all the little things that go into making a book readable, memorable and useful to the reader. In a time where eBooks are the norm and anyone with a wordprocessor can be a publisher, the finer details of publishing are often overlooked—but not this time!

We even got into discussions about the right typefaces, the relationship between the body text and the captions — it was like the good ol’ days of design, when collaboration was an action, not a buzzword. The editors were focused on creating the best publication possible.

As the cover was finished and the page templates finalized, my involvement started to (naturally) diminish. We talked about promotional ideas, Jack and I discussed some of the more complicated layouts, but for the most part my work was done until the printed piece was nearer to completion.

And then it happened — tragedy struck. Jack passed away. 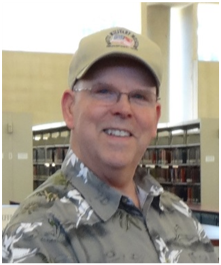 I counted Jack a good friend but I wasn’t nearly as close to him as others were — especially his co-editor. There had been some indications that he was experiencing some health issues, but I think everyone was shocked at the severity of the situation and the speed with which it progressed. Actually—shock is a mild word to use for how his friends felt about the news.

One of the things that had impressed me about this project was the determination of the editors to see it through. I’ve worked with authors before and sometimes their determination is driven by their emotional investment in their own work — not here. Both editors were determined to publish a book that was important. Yes, they had an emotional investment but it was based on the persistence that the contributors featured in the book would be well-represented.

Earlier, when I had learned of Jack’s illness, I offered to help in any way to get the book finished. Dawn accepted my offer and I picked up for Jack as best I could. Jack was passionate about this project, and my goal was to help him see it through.

As of the writing of this post, the book is in the final proofing stages. Several respected philatelists (stamp collectors) have agreed to review the book and the index is nearly finished. I am honored to have made a small contribution to the process and thrilled to see Jack’s and Dawn’s idea coming to fruition. I was doubly honored when Dawn insisted that my name be added to the editors’ credits.

If you’re a stamp collector, then you will love this book. We’ve tried to maintain a balance that will appeal to every reader, regardless of their experience level – lots of images and text that are well-organized. If you’re not a collector, Topical Adventures makes a great case for exploring the hobby. You can easily pick it up and read for 5 minutes or 5 hours. You don’t even have to start at the beginning, but I suspect you’ll want to enjoy it all.

Topical Adventures is available for pre-order now at imgfrg.co/atabook. Once the book goes to press, the price will go up and there has already been a lot of interest in the work. All proceeds from the book go to support the efforts of the American Topical Association.

I also recommend checking out the ATA online – AmericanTopicalAssn.org – they are the modern, fun way to collect stamps!

3 Basic Rules When Designing for Events